Shadow of the Rougarou 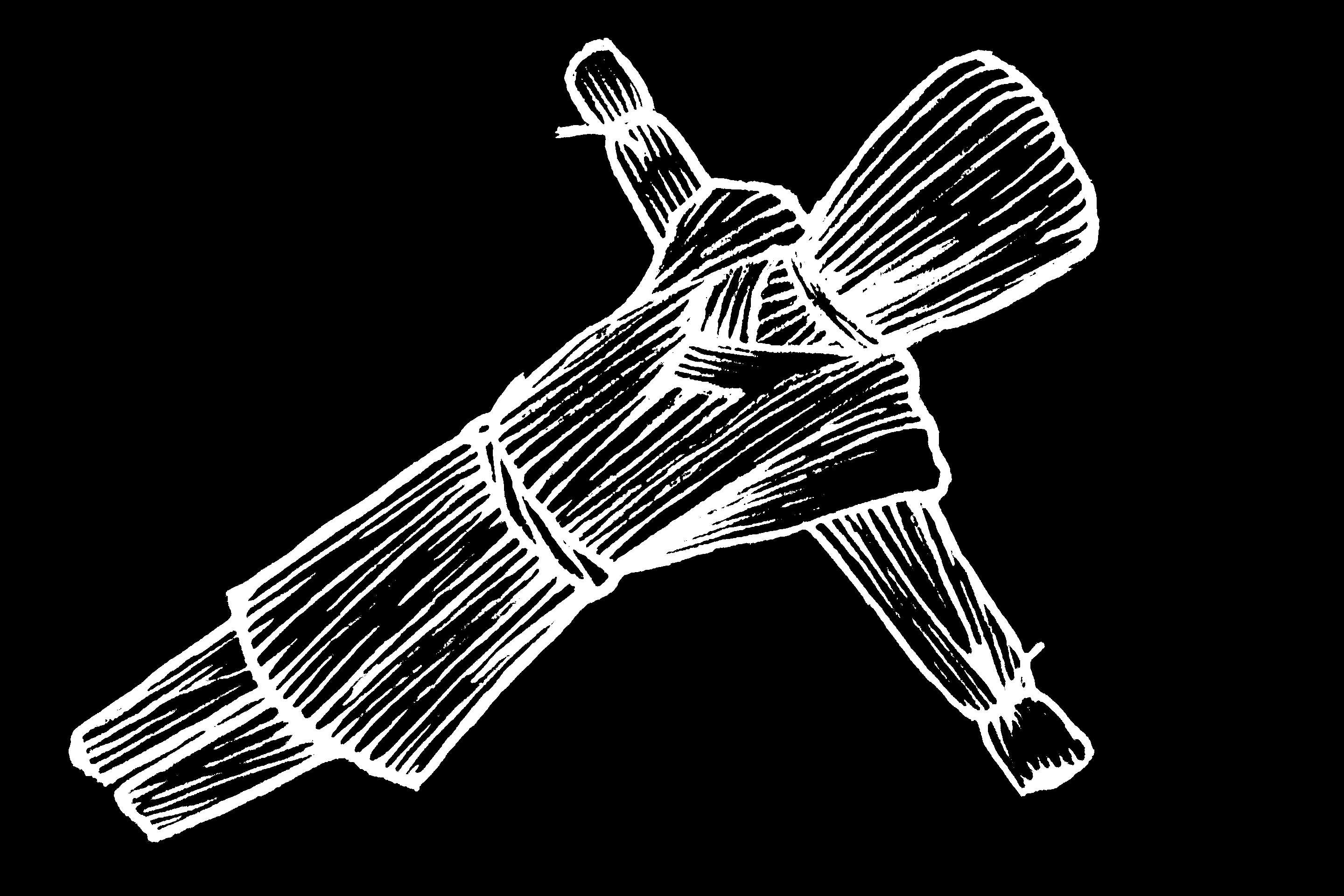 Let’s get one thing straight before I say anything about this series: I am not a film enthusiast. I think most film and television is very bad and boring. I’m not even a literature person! The art of the narrative is for other people to contemplate; I want entertainment and spookiness and then I want to write about why the thing I watched or read was entertaining and spooky (or not). If you want an erudite discussion on camera angles and colour choices this is not the place!! There are thousands of unemployed film majors who are already writing about that stuff online for you!

Shadow of the Rougarou, released last week on APTN, is a short series, with six episodes running at about 8 minutes each. In summary: sometime in the latter 19th century, Métis-Cree fur trapper Sâkowêw finds a bloodied corn-husk doll in the woods that brings her visions of childhood memories that she had suppressed – memories centered on a supernatural horror that seems to have returned. Seeking answers, she travels back to her home village, encountering the sorts of people who inhabited western Canada at the time along the way, all of whom present different measures of solidarity and danger. The intro, which I love, makes it clear that this is a Métis story through and through; the map of major settlements, the floral beadwork and the lone, solemn fiddle (which, I only just realized, reflects Sâkowêw’s solitude). This story doesn't coddle or flatter the white viewer, and I have no doubt that there are elements of it that I've failed to appreciate as an outsider to Cree and Métis cultures.

Despite the length of the episodes the story feels well-paced, almost slow (in a good way), and the sparse dialogue (most of it in Michif, the Métis language) and solid acting leave room for atmosphere. It could be classified as folk horror, in the sense that it’s embedded in the landscape and the characters’ culture, but it has more in common with The Terror (2018) than goofy British productions like The Wicker Man (1972). Most of the tension in the story comes not from the monster but from the power dynamics in the fur trade era of the western provinces. And, also like The Terror, they definitely should not have shown as much of the monster on screen as they did because it looks Janky as hell. But both shows have a valid excuse (blowing the budget on great actors and hardly having a budget at all, respectively).

Now, this series has two things that I know the online lesbians love: a gender-nonconforming female character and a big dude who is very nice. Sâkowêw is stoic in a way that feels genuine and sympathetic and everything about her radiates practicality. The show never sexualizes her nor does any pandering to the anxiously cisnormative viewer. She meets Bruno, tall and silent and wearing a truly enviable coat, at the trading post where she sells her furs to a Chinese trader, which is a refreshing acknowledgement of the significant east Asian presence in western Canada’s colonial history. Anyway, Bruno could have been played as angsty and broody in a boring standard-issue way, but he responds to Sâkowêw’s recognition of his Métis identity with a quiet vulnerability that belies the fact that he’s like, very damaged. Their eventual partnership doesn’t feel contrived or romantic; Bruno respects Sâkowêw for her strength and pride, and she treats him as an equal, unlike the yeehaw racist wolf hunters he had been working for. It’s good shit.

The final episode, unfortunately, leaves the viewer with more questions than answers (above all, about the rougarou curse). The story is tied up in a way that could be a cliffhanger but could also just be an ambiguous (and rushed) ending. Obviously, I’m hoping for a second season – I love the series’ mood, its spirit, and the way it’s steeped so thoroughly in Métis history – but I’m not holding my breath. Indigenous productions so seldom get any attention. If it isn’t renewed, it can still be appreciated on its own as a beautifully atmospheric and obliquely anti-colonial horror story.